There are numerous benefits to going outside to safely enjoy the sun. You might be surprised by some of these health advantages of sunshine!

The possible risk of developing various types of skin malignancies is what causes most of us to be afraid of the sun. And sure, having frequent sunburns increases our risk of developing melanomas because they harm our skin and DNA. Sun exposure and sunburns, however, are not the same thing. You can safely enjoy the sun (more on that below) and lower your chance of developing several malignancies.

According to a review of ecological studies on cancer incidence in more than 100 nations, UVB exposure can lower the risk of the following cancers: cancers of the bladder, breast, cervical, colon, endometrium, esophagus, stomach, lung, ovary, pancreas, renal, and vulvar cancer, including Hodgkin’s and non- Hodgkin’s lymphoma.

Sun exposure may even help treat skin cancer (melanoma) since some research suggests that it can increase melanoma patient survival. Because vitamin D has such a significant impact on the immune system, researchers are consistently discovering data that connects it to cancer prevention.

Sleep is essential for relaxation and recuperation, but many of us frequently experience insomnia, sleep deprivation, or poor sleep.
In the past, people got up and went to bed with the sun’s rise and set; nowadays, our schedules are less synchronized with the sun’s circadian rhythms. The quality and consistency of sleep are improved by sun exposure, according to research, which also aids in regulating our circadian rhythm, sometimes referred to as our internal clock or sleep/wake cycle. This is especially true for seniors and older individuals who frequently struggle with sleep.

We create melatonin more quickly at night, which helps us get to sleep more quickly, thanks to sunlight, especially early in the morning.
Serotonin, the precursor of melatonin, a neurotransmitter linked to sleep, mood, and anxiety, is also triggered by exposure to sunlight.

Seasonal Affective Disorder (SAD) and lower serotonin activity are connected to decreased sunlight exposure, particularly in the winter, which can have a detrimental effect on mood and outlook. In addition to affecting cognitive performance, inadequate sunlight also raises the risk of depression and schizophrenia.

Vitamin D and other hormones that can brighten your mood, reduce sadness, increase endorphins, and enhance your view of life are produced more readily in the presence of sunlight. Lower suicide rates are also correlated with more sunshine.

Nitric oxide, a vasodilator that opens up blood vessels and lowers blood pressure and cholesterol, is produced in greater quantities by direct sunlight. Inflammation, metabolic syndrome, Type 2 diabetes, obesity, and other cardiovascular disease risk factors can all be decreased by sunlight.

Studies have shown that persons who live in northern latitudes have a greater risk of hypertension, while those who have cardiovascular illnesses are more likely to be Vitamin D deficient. This is because sunlight triggers the production of Vitamin D, which is a contributing element here.

Yes, the sun can increase your intelligence. An investigation of two groups of people—one with long-term, high levels of sun exposure and another with short-term, low levels of light exposure—involved roughly 1,200 older citizens living in rural China. In comparison to the low sun group, the more excellent sun group had improved cognitive function and outperformed it on tests.

You might live longer if you spend time outside in the sun. Increased sun exposure and vitamin D levels have been linked to a lower risk of death from any cause, including cancer, cardiovascular disease, and other causes, according to several meta-analyses.

We learned in elementary school that plants convert the sunshine they receive into the food they need to survive. New data suggests that humans may be able to accomplish something similar. We can absorb the sun’s rays and use chlorophyll to create ATP, our body’s main source of energy.

How long should I spend outside in the sun?

The ideal quantity of sun exposure is influenced by several variables, including the season, geographic location, age, and race. In general, it’s better to stay out of the sun for extended periods between 10 am and 4 pm. However, some studies suggest that noon or between 10 am and 1 pm is the greatest time to get the most vitamin D from the sun. You don’t need a lot of time to absorb vitamin D to accomplish this. Without sunscreen, anywhere between 5 and 10 minutes at busy times should be sufficient.

It’s advisable to avoid using sunscreen during those 5–10 minutes when you’re attempting to maximize your Vitamin D levels because it blocks the sun’s beams.

Conventional sunscreens have a lot of chemicals in them that can cause cancer, endocrine system disruption, and skin irritation. If you’re going to be out in the sun for a while, choose non-toxic sunscreens like mineral sunscreens and try to stay as covered up as you can with clothing or shade to avoid getting too much sun.

Let’s embrace the sun’s great health benefits and wisely enjoy it rather than being afraid of it.

Biophotons, what is that?

All beings on this planet need light energy to live. It is pretty simple – without light, there is no 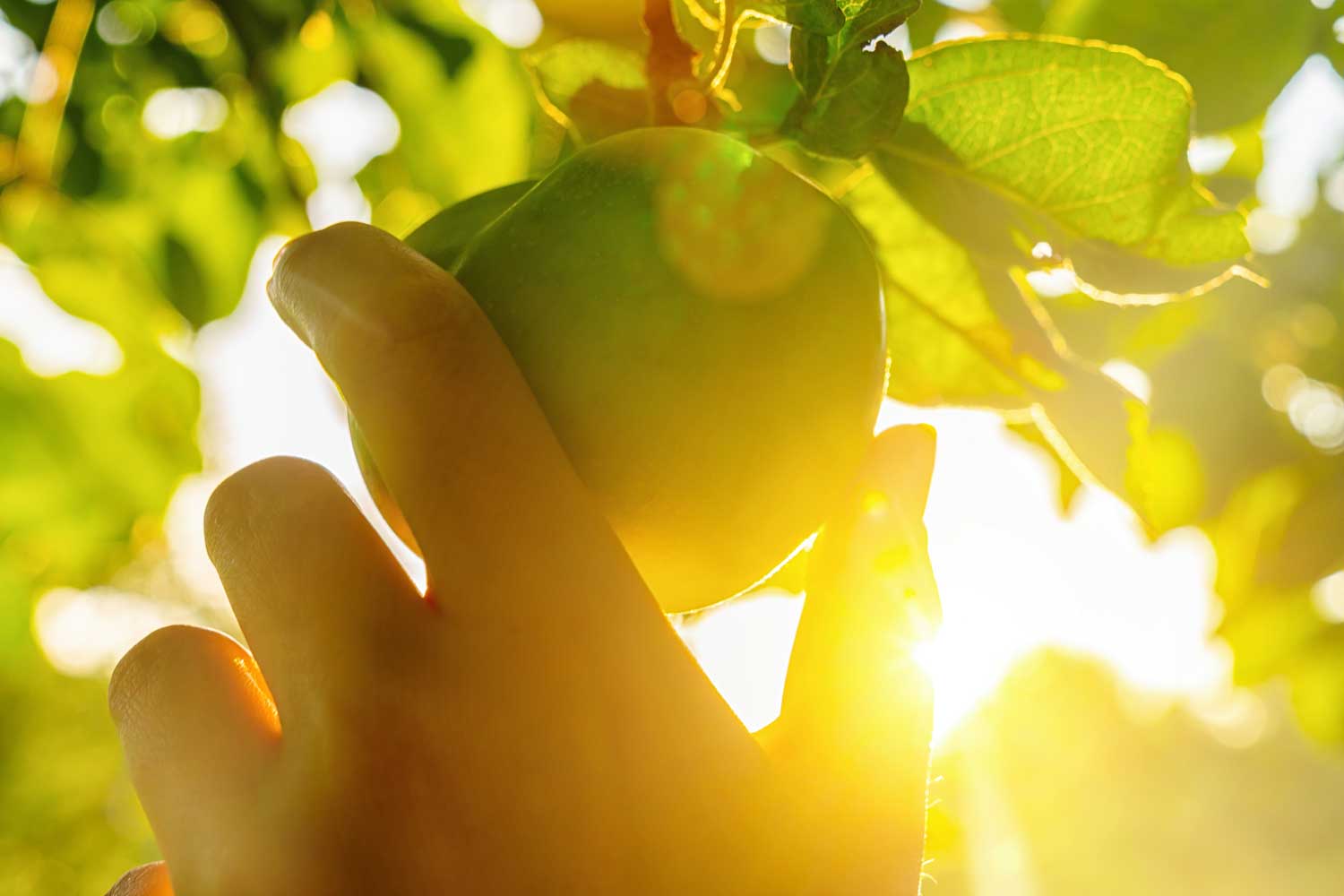 How to get more light energy from foods?

Are you aware of the amount of light that food can store? All living beings on this planet need light

This website uses cookies to improve your experience while you navigate through the website. Out of these cookies, the cookies that are categorized as necessary are stored on your browser as they are essential for the working of basic functionalities of the website. We also use third-party cookies that help us analyze and understand how you use this website. These cookies will be stored in your browser only with your consent. You also have the option to opt-out of these cookies. But opting out of some of these cookies may have an effect on your browsing experience.
Necessary Always Enabled
Necessary cookies are absolutely essential for the website to function properly. This category only includes cookies that ensures basic functionalities and security features of the website. These cookies do not store any personal information.
Non-necessary
Any cookies that may not be particularly necessary for the website to function and is used specifically to collect user personal data via analytics, ads, other embedded contents are termed as non-necessary cookies. It is mandatory to procure user consent prior to running these cookies on your website.
SAVE & ACCEPT